Our Annual General Meeting will be taking place on Monday April 4th at Fairleigh Dickinson University.  We always pair our business meeting with a public lecture and this year we will be discussing the intersection of sports and human rights as they pertain to mega-events such as the Olympic Games and World Cup. With much controversy surround the upcoming 2016 Olympic Summer Games in Rio de Janiero and the 2020 Qatar World Cup we have put together a panel of experts to help contextualize and add depth to the news items you may be reading, particularly as these events pertain to human rights issues.

The panel will be moderated by UNA-Vancouver  Co-President, Courtney Szto, with the three following panelists: 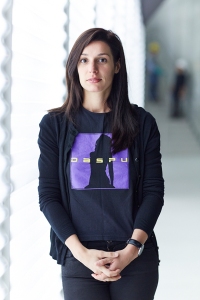 Amanda De Lisio (@a_delisio) is a doctoral candidate at the University of Toronto from the Department of Exercise Sciences and the Mark S. Bonham Centre for Sexual Diversity Studies. Her work is anchored by questions concerning human nature and social life under urbanization and how, specifically, these are reconfigured in the staging/hosting of a (sport) mega-event. Previous work qualitatively assessed the impact of school-based health policies on young people living in 2010 Olympic host communities, while her dissertation interrogates the influence of event-led urbanism on local, informal economies such as sexual commerce. Given this focus, she collaborated with the Observatório da Prostituição (Prostitution Observatory), an extension project of the Metropolitan Ethnographic Lab (LeMetro/IFCS) at the Federal University of Rio de Janeiro for the 2014 World Cup. This fieldwork has informed her writing on sport, sex and urban development. 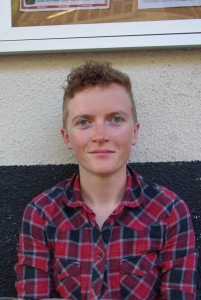 Nicolien van Luijk (@beantreesturtle) recently completed her PhD at the University of British Columbia in the School of Kinesiology. Her research critically examines the influence of international sporting institutions on local and global politics. Her PhD work explored the question ­­– who benefits from the burgeoning partnership between the International Olympic Committee and the United Nations?  Specifically, she questioned the UN’s involvement with and endorsement of the IOC, an undemocratic organization with a lengthy history of ignoring human rights abuses and unchecked exercises of power. In her previous work, Nicolien has considered the impact of the 2010 Vancouver Olympic Games on individuals who actively protested against the mega event. Nicolien is currently working as a Postdoctoral Research Fellow at UBC.

Bob Mackin (@bobmackin) is a multimedia journalist whose work ranges from the North Shore News to The New York Times. He has covered the Turin, Beijing, Vancouver, and London Olympics and will be heading to Rio this summer. He has authored several books including Red Mittens & Red Ink: The Vancouver Olympics.

This is a free public event.

Location: Fairleigh Dickinson University, 842 Cambie Street (please take transit if possible because parking is limited, especially when there is a Canucks game)