On the 23rd of October, the Unitarian Church of Vancouver held a small ceremony during its Sunday service to award Gurkiran Mann the 2016 John Gibbard Award for Youth recognizing her exemplary work representing the spirit of the United Nations and to celebrate UN Sunday. Kiran is currently in her fourth year at UBC pursuing a degree in behavioural neuroscience and physiology in the Health Sciences Department. Kiran is an inspiring young woman who has worked with others in Guatemala, Haiti, and the Phillipines, and co-founded Youth Transforming Society (YTS), a registered non-profit organization that aims to raise awareness of global issues and encourage volunteerism among young people, and where she serves as Director of Special Events.

Before the ceremony, Rev. Steven Epperson explained the important role Unitarians play in promoting social justice locally and globally thorough UN consultative status and the advocacy work of the Unitarian Universalist Association (UUA) and its United Nations Office (UU-UNO) He also highlighted the active role Unitarians played in the League of Nations and later creating the United Nations where, through the Unitarian Universalist Association (UUA), an Advisory Committee on the United Nations was formed thereby enabling their principles and purposes to be included to the United Nations Charter and the Universal Declaration of Human Rights. Their involvement also contributed to the creation of the International Criminal Court and continue to provide strong leadership in all aspects of human rights at policy level, from climate justice initiatives to sexual orientation and gender identity issues.

In order to celebrate UN Day, Rev. Epperson highlighted the importance of the Universal Declaration of Human Rights since its adoption by the General Assembly in 1948 by “enacting dozens of legally binding international agreements on political, civil, economic, social and cultural rights [which] set high standards to which the international community agrees to aspire and achieve, in principle and practice”.   He focused on key aspects of the United Nations Convention on the Rights of Persons with Disabilities and the importance of protecting the human rights of people with disability in light of a recent Charter challenge to certain provisions in the BC Mental Health Act introduced in September in BC Provincial courts.

Lawyers from the Community Legal Assistance Society (CLAS) of BC submitted on behalf of the Council of Canadians with Disabilities and two individuals being medically treated against their will, and argue that BC’s mental health laws deprive involuntary patients of their Charter rights to equality and to life, liberty, and security of the persons. Rev. Epperson emphasized the fact that the recent provisions “single out a particular class of people and denies them the basic of equality, liberty, and security guaranteed by law to every other person in this Province and this nation”; thus, making BC the only jurisdiction in Canada that provides compulsory treatment.

During her acceptance speech, Kiran talked about her childhood, the importance of raising awareness of local and global humanitarian issues, and volunteering among the youth in the community. She told the audience that her desire to study neuroscience and physiology first arose when her grandfather was diagnosed with early stage of prostate cancer. Kiran’s mother advised her to approach a teacher at her school while her grandpa was undergoing radiation therapy and asked “what do I have to do to become a doctor, because I want to be the one administering the injections to my grandpa.” Since then she has continually worked hard to achieve her dream of becoming a doctor.

By connecting the benefits of volunteering for a better quality of living for all in society, Kiran spoke briefly about the mental and physical aspects of volunteering and the significance a few hours a week can bring to a community. Youth Transforming Society started 6 years ago when Kiran was in grade 10 with 3 co-founders and today the organization has grown to a team of 23 Executive Members and more than 150 volunteers, managing to raise more than $50,000 for special causes and events, such as a ‘YTS Volunteering and Beyond: An Evening of Opportunities’, which serves as a platform for students to connect with organizations. The Holiday Breakfast will be held in December in partnership with the Salvation Army and serves more than 300 homeless individuals in Surrey.

Another interesting initiative by YTS is the Mentorship Program for girls in grades 5 to 7 called “I am” that aims to make the transition from elementary to high school easier by connecting students to female students in their peer high school. The program facilitates the transition of new students by making them feel welcome in a new and intimidating environment. By drawing from Kiran’s own experiences, this program addresses issues related to bullying, self-esteem, nutrition, fitness, and other topics that are essential to improve young girls well- being and ensure they perform well in school.

You can watch Kiran’s speen in full at https://www.youtube.com/watch?v=peJa7M4suYY 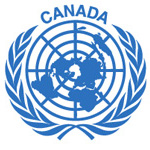 The following remarks were given by Vancouver Unitarian Reverend Steven Epperson on the occasion of the 2013 John Gibbard Award presentation.

There’s a poem by Vancouver based spoken word artist Shane Koyczan that I want to quote from to introduce my remarks.  Goes like this:

Remember how we forgot?  (Shane Koyczan)

“When I was a child,” wrote Saul of Tarsus, the early Christian disciple, “when I was a child I spoke as a child, I understood as a child, I thought as a child; but when I became an adult I put away childish things.” (I Cor. xiii. 11).  Shane’s poem and this line from the Letter to the Corinthians came to my mind when I read the following sentence in an article in The Economist; it was about the Canadian government’s dubious plans to reform First Nation’s textbooks and curriculum:  Here’s the quote from The Economist: “Mr Harper’s people are not famous for listening to outside advice and [they] have a special disdain for the UN.” (“These schools…,” Economist, October 19, 2013)   Well, on this Sunday, we are commemorating the United Nations and celebrating the John Gibbard Memorial Award to Ms Vaisey for her achievements in promoting diplomacy, climate change awareness, education about the crucial role of water for a flourishing biosphere—on this Sunday, I think it’s important to consider the distinction between childish things and behaviour on the one hand, and the kinds of actions and attitudes we expect from adult, mature persons, institutions and governments on the other.

Playing games of pretend—like “I totally got you!”/”Did not!”—we expect and go along with these antics when kids do it, because we know they are, in fact, formative steps toward the art of the real; steps that disclose what is pretend, what is not; what is fair, what is foul in human beliefs and behavior.

If it’s the case that our nation’s current government believes that the United Nations is in need of fundamental reform; if it objects to perceived bias against Israel; if it finds ludicrous the presence of repressive regimes in the UN’s Human Rights Council—if that’s the case, and those may be legitimate grievances—is disdain and disengagement, is not living up to financial commitments, is walking out on meetings while others are speaking, is not contributing to peacekeeping, is dragging heels for years in not signing the UN Declaration on the Rights of Indigenous Peoples…and the list goes on and on—is that the kind of behavior we would expect from a mature, grown-up government that represents us at the United Nations?

Let’s say that our neighbours are throwing a party that gets unruly and unduly loud late into the night.  What do we do?  Whine and fret about it in the safety of our apartme

nts and condemn them to depths of hell?  Call the police so that someone else can take care of it?  Or do we go next door in our pajamas and ask them to tone it down because our kids can’t sleep or we’ve got to get up early in morning to go to work, or whatever.  I know that the latter option may take some guts; it may mean something of a confrontation.  But chances are our neighbours, too, are adults and didn’t realize the decibel level had gotten out of hand, and that they’d turn down the volume for the sake of peaceful co-existence and neighbourly goodwill once it was brought to their attention.

“When I was a child, I spoke as a child, I understood as a child, I thought as a child; but when I became an adult I put away childish things.”  And so F. W. de Klerk brought Nelson Mandela out of Robben Island prison and negotiated the advent of majority rule and the end of apartheid in South Africa.  And so the government of Great Britain entered into talks with the Provisional IRA in order, eventually, to secure the Good Friday Peace Accords for Northern Ireland fifteen years ago.  And so Obama and Hassan Rouhani, the newly elected president of Iran spoke before the UN General Assembly—to friend and foe alike—something that it seems Canada has nearly given up on; and these two presidents even talked on the phone together breaking a 33 year long taboo of disdain, demonizing and disengagement.  It’s no wonder, someone quipped recently, that Canada couldn’t get elected dogcatcher at the United Nations today.

I want to commend the Vancouver Branch of the United Nations Association in Canada for their good work and endurance through this time of petulant disdain by our government for the UN.   I do not believe that childishness is Canada’s long-term prospect with regard to the United Nations.  Eventually, we will put away childish things; an adult will walk into the room.  It will be someone like Saskia Vaisey whose good work we honour today.  I want the Association and Ms. Vaisey to know that Unitarian support for the aspirations and work of the UN runs deep and does not waver.  Our faith affirms and supports the goal of world community with peace, liberty and justice for all.  And though it may be a flawed vessel (what human institution isn’t?), we affirm the vision and good work of the UN past present and future.

Just this past week, I was deeply moved by the story of medical teams working for the UN’s World Health Organization, their efforts to eradicate polio, and of their work to staunch an outbreak of that dread disease in Syrian refugee camps. This is a concrete example of what the UN does best and how it has, for decades now, contributed to building a sense of world community and advocating of the well-being of all.

So in closing, again, I want to thank the members of the Vancouver Branch of the UN Association of Canada, and extend our heartfelt congratulations to Ms. Vaisey on receiving this year’s John Gibbard Memorial Award.