The Youth for Human Rights Foundation (B.C. chapter) and Ubuntu for Human Rights International Society co-organized an event dedicated to celebrating the International Day for Human Rights this past December 10th at The Metro (759 Carnarvon Street, New Westminster). One of the keynote speakers was Senator Mobina S.B. Jaffer (who is also an Honorary Patron of UNA-Vancouver). Several human rights groups such as UNA-Vancouver, the Global Peace Alliance, and Child Aid International were invited to host tables at the event. Each table had a representative talk about their group for a couple minutes so participants were able to learn about each organization.

The event began with a demonstration of 30 short videos dedicated to each human right listed in the Universal Declaration of Human Rights, adopted two years after the establishment of the United Nations Association of Canada in 1946. You can find these informative videos at http://www.youthforhumanrights.org/what-are-human-rights.html

After a First Nations welcoming ceremony, Senator Jaffer highlighted the importance of human rights advocacy and, in particular , the rights of homeless people in Vancouver.

In his capacity as Director-at-Large in UNA-Vancouver, Akmal Bazarov shared information about the UNA in Canada and assured participants that the UNA of Canada continues to promote UN values indicated in the Universal Declaration of Human Rights and UN Conventions on human rights within its mandates in order to achieve the UN`s Sustainable Development Goals. 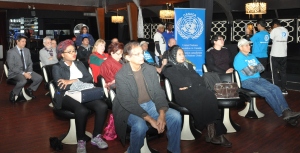 We hope that this event contributed to raising awareness among Canadians on UN values and human rights, especially in the rapidly changing political situation in the world. 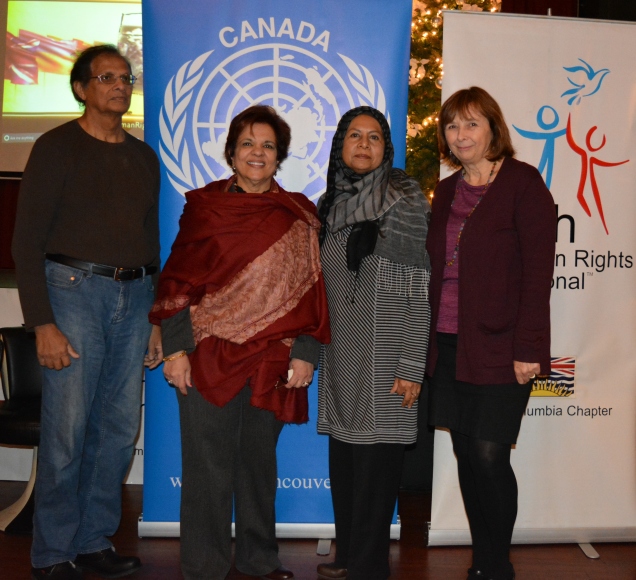